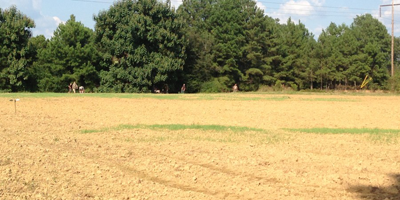 Well, the opening day dove hunt was a success.  I killed 12 doves, and I shot bad… very bad!  I believe I shot about 3.5 boxes of shells.  If the doves were not a mile and a half high then they were flying 119 miles per hour.

The fields we hunted were not very big, and the man who ran the hunt invited quite a crowd.  There were probably close to 40 hunters hunting on about 5 acres of fields.  To prove my point about the dove hunters hunting shade on an early season Alabama dove hunt from my earlier dove hunting post, there was a large oak tree that had 9 hunters and one non hunter underneath its branches in the shade.  When a dove flew within 50 yards of that tree, it sounded like WWIII going on.  The doves flying over or near that tree really didn’t stand much of a chance, and I’m sure that whoever is eating those birds has a dentist who is probably making a fortune off of dental work caused by bird shot.

All in all it was a great day, despite the heat.  I enjoyed an afternoon outdoors meeting new people, shooting some fast flying birds, hanging out with some old friends and their children, eating some barbeque, and listening to football on the radio.  Dove hunting in Alabama doesn’t get any better than this… that is until my December dove hunting trip to west Alabama.