Is It Turkey Season Yet? 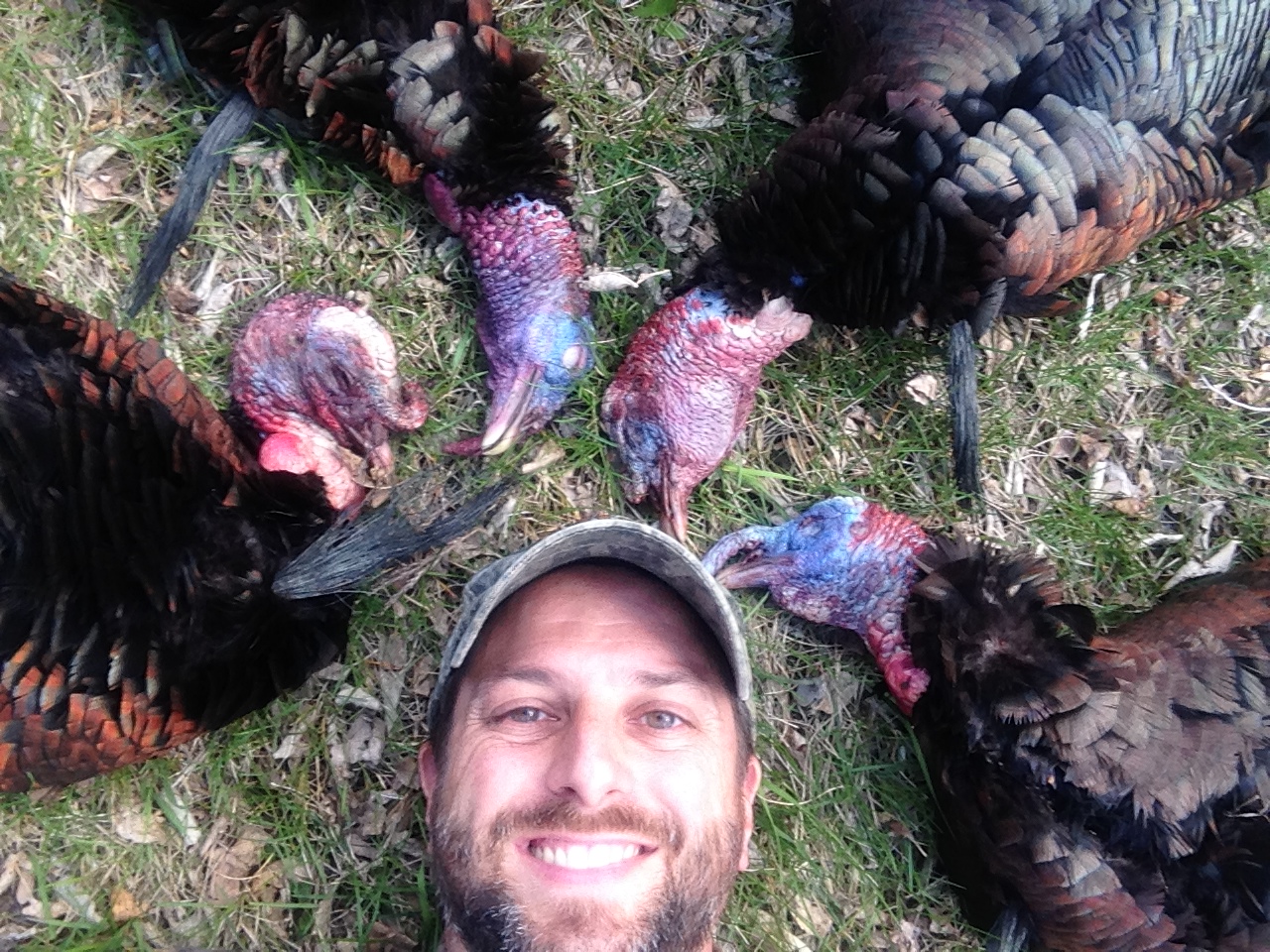 is over in my neck of the woods.  It was a tale of two seasons for me.  This year’s turkey season was unbelievably good and unbelievably bad, but not at the same time or the same place.  There were henned up wild turkey gobblers to start the season and lock-jawed wild turkey gobblers to end the season.  The weather was unusually unpredictable.  There were days when it rained… a lot!  In fact, Mobile, AL recorded 26″ of rain in one 24 hour period during the season.  The average rainfall for Mobile in the entire month of April is 4″.  There were days when it was cold and windy and days when it was hot and humid.  I quite honestly don’t think the turkeys knew what to think.  They didn’t know if they were supposed to be breeding, brood rearing, or getting into winter flocks.

Despite the turkeys’ confusion (and mine), I managed to kill 3 turkeys, miss 2 turkeys, and be part of another hunt that resulted in a kill.  Many people would say that was a fantastic turkey season, and I will have a hard time arguing that having an opportunity to harvest 5 turkeys is a bust of a turkey season.  In fact, I won’t even attempt to argue it.  The problem with the Alabama turkey season for me was that there was no real turkey season.

The 2014 turkey season in Alabama left me wanting more.  The 3 successful turkey hunts that I had lasted a total of 40 – 45 minutes with just enough gobbling to keep me sitting still and interested, very little drumming and strutting, and birds who literally had death wishes.  As good as those hunts were for making me feel like I was “king of the wild turkey”, the other 35 days of the season were so frustrating that I had to listen to hypnosis tapes while sleeping to convince myself that I wanted to wake up before daylight the next morning to do it all over again.  95% of the mornings in the turkey woods went something like this… Sporadic gobbling on the roost.  Walk 1/2 mile to get close to the gobbler.  Gobbler flies down before I could get in position to call.  Gobbler gobbles 2 – 5 times on the ground, and then 13 hours of silence.  Man, turkey season 2014 in Alabama was very frustrating for me!

As rough as Alabama’s turkey season was this year, my annual out of state turkey hunting trip with my college buddies ended my 2014 turkey hunting with a bang… literally 8 bangs.  As most of you know, I have a goal of killing a turkey in every state that has turkeys, and 2014 was the year for two states – North Dakota and South Dakota.  Because the three of us on the trip chose to hunt public land, we decided that we needed to extend our annual trip to an 8 day hunt in order to kill 6 turkeys in 2 states.  We decided that IF we were able to take our 6 turkeys in North Dakota and South Dakota in enough time that we would drive to Montana to try to take 3 more birds there.  Even though we were hunting public land, I was confident we could kill 6 turkeys in 2 states, but I was fearful that we would struggle to kill 9 birds in 3 states in 8 days.

The flight that Chip and I took from Birmingham arrived on time in Bismarck, North Dakota.  Our hunting buddy, John, was not as fortunate as his flight from Virginia was delayed 6 hours.  So, when Chip and I landed in Bismarck, we decided to get the rental car and go scouting for turkeys and hunting spots.  Now, I had done some scouting on Google Earth prior to our arrival in North Dakota, and I had a couple of interesting spots picked out.  One of those spots was about an hour and 15 minutes from the airport, and Chip and I decided to go there first.  Within an hour after arriving at that spot Chip and I had a North Dakota double on the ground.  The rest of the trip pretty well went the same way.  We all 3 killed our South Dakota birds the second morning of the trip.  The next 24 hours involved getting John his North Dakota bird, and then we departed for Montana.  A day and a half of hunting in Montana netted us 3 birds, and then we left for Nebraska.  Enter Winter Storm Zephyr from stage left, and our plans changed with us heading back to South Dakota to buy 3 more 2 bird licenses.  Another 2 days of hunting and we had 6 more birds tagged.  The turkeys where we hunted gobbled well, responded well to calling, were fairly predictable, were mostly unpressured, were very patternable, and were very killable.  What more could a turkey hunter ask for?

The grand total on this trip was 15 turkeys in 3 states in 8 days and 2300 miles on a rental vehicle.  This was truly the trip of a lifetime, and I highly recommend the trip to anyone who needs a Merriam’s for a grand slam or just wants an incredible Merriam’s hunt.

So, despite my mixed emotions over the ending of Alabama’s subpar turkey season, I write this article still grinning from ear to ear over our trip out of state.  I, like most of you, am a true turkey hunting addict.  I just can’t get enough of it – good or bad.  When it is bad, I have to go because I long for the good times, like a drug addict chasing that high.  When it is good, I have to keep going because I remember the bad times, and I know to savor the good ones.  It seems that this turkey season more than any other turkey season has me wanting more of those good times and more of those bad times.  After all isn’t that what makes this sport the most fun thing to do in the woods anyway?  As I wrap up this article, we are approximately 9 months from the season opener, and I’m like a kid before Christmas as I ask the question, “Is it turkey season yet?”