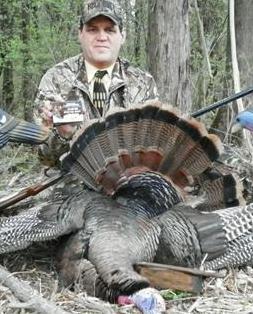 Scott Davis with Urban Hunting TV joins us in this episode to discuss urban turkey hunting.

One way to humanely control any wild game population is through hunting. Many municipalities have laws against firing a weapon (gun or bow) within the city limits, and this law prevents many of us from being able to hunt these overgrown populations of wild game.

Some states have laws which override the local laws preventing discharge of a weapon within city limits as long as the person firing the weapon is doing so in an ethical and responsible manner while hunting. The states that have such a law open the opportunity for us to hunt within the boundaries of a municipality in that state and, of course, open the doors for urban turkey hunting.

Scott shares with us how he first got into urban turkey hunting, how he approaches land owners about hunting on their urban properties, and his approach for hunting those properties once he receives permission to hunt.

When urban turkey hunting, care must be taken to prevent a confrontation with neighbors and/or anti-hunters. Scott also shares with us a few tips he has learned over the years to prevent those confrontations from arising. He also shares a few ways he maintains a strong relationship between himself and the property owner so that he has a place to hunt in the future as well.

Listen in to this week’s episode to learn everything you can about urban turkey hunting.