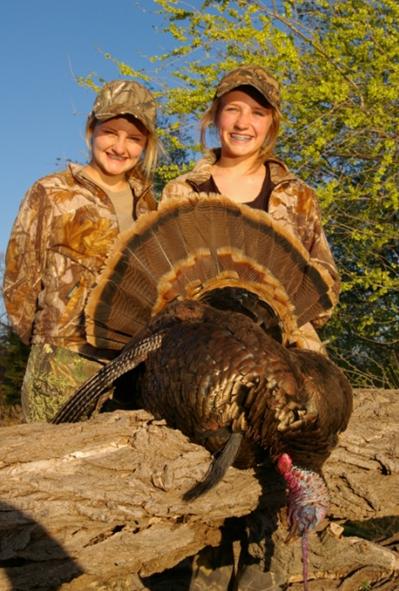 I have three daughters, two of which hunt with me.  The first time I took them hunting, I declared that there would be no electronic devices allowed on our hunt. This was a time for bonding not texting, observing nature and not pinning new shoes, and certainly the only angry birds I wanted to see were turkeys being shot.

How quickly I’ve changed my tune.  I’m a huge believer in spending 80% of my time scouting (preparing would be another description) and 20% of my time hunting.  This comes partially from being a guide, since people pay me to scout for them, but it is also essential in my personal hunting life. I love to simply be outdoors but I also want to be successful on those few occasions I get to actually hunt.  Scouting using technology is an invaluable tool for the 80%.

Last spring a family getaway forced me to be out of town on the opening day of spring turkey season.  Rather than miss opening morning, I decided to try a public land hunt near the town we were visiting.  I had never hunted this area before.  Within a few hours following my decision, using technology at my finger tips, I had located an online map of the public hunting area (US Corp of Engineers website), identified the game biologist for the county (Wildlife Department’s website), and reviewed aerial photos of the place I wanted to hunt (Google Earth).  The biologist gave me some insight as to the bird population but equally important where the hunting pressure would be.  The following morning, using the GPS and maps on my phone, I was able to find the exact place that I had selected to hunt on the aerial photos, even though I had come in from a very difficult access point in order to avoid the crowds.  At 7:20 am I had two toms working their way towards me and by 7:30 the bigger of the two was lying dead next to my decoy. By 7:40 I had texted my wife with a picture of my success.

I’m officially converted!  I’m a techno-hunter now.  All of these tools are readily available with a simple smart phone.  So, I’ve changed the rules for future hunts with my daughters.  From now on, I’ll do my scouting using technology.  But know this, just because I have my smart phone with me, I’m probably not going to answer a call.  That’s the reason I went hunting in the first place, and I still can’t stand Angry Birds unless their flogging my decoy.