What Time of Day Should I Hunt Turkeys? 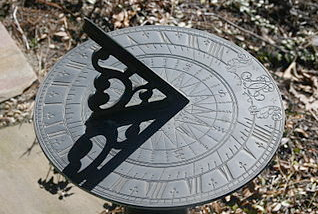 Lots of first time and newbie turkey hunters want to know what time of day is the best time for turkey hunting.  I could answer that question in one sentence and end this post right now, but I’m only going to do one of those right now.  The best time of day to turkey hunt is whenever you get the opportunity to legally hunt where you live.  Hunt turkeys every time you get the chance to hunt turkeys because there may be a day when you wish you could, but you can’t.

With that being said, I need to really dive into the heart of that question.  The answer to this question will vary depending on who you ask, the type of turkeys they hunt most frequently, and when those turkeys gobble best.

Early morning roost hunts can be very exciting, gobble filled hunts, and these hunts can be quite successful both in early season and late season.  Mid season when the gobblers are “henned up,” early morning hunts are not as fruitful because of the competition with real hens.  I have a difficult time trying to coax a stubborn longbeard to come to me off of the tree limb when he has 10 – 12 hens close by.  I’m not saying it can’t be done…  It is just not easy.  Now, early season bachelor groups of gobblers who are looking for hens provide for great early morning hunts off of the roost.

Midday hunts can also be very productive, especially if you know of the areas that gobblers like to loaf and you can get to those areas before they do.  Lonely gobblers will frequently check areas where hens like to hang out midday in search of a hot hen.  If you can get a gobbler to respond to your calls midday or early afternoon, you have a very good chance of killing him because he is likely alone.

Afternoon hunts are a great time to harvest a longbeard who is looking for hens to shack up with overnight.  Spend late afternoons in roosting areas waiting for a gobbler to stroll through looking for some companionship.  Call sparingly because most hens are not very vocal in the late afternoon.

Night hunts are also a great time to harvest a turkey, especially on a full moon.  If you can slip up to the roost tree… Ok, yes, I’m kidding!!  Don’t shoot turkeys out of their roost trees at night, unless…  No, I really am joking.